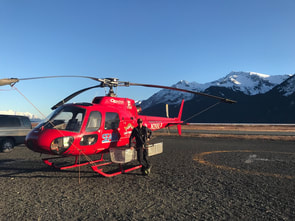 Simon Bolton
Guide
Gstaad, Swiss Alps
Simon was born and raised in the Swiss Alps and currently resides in Gstaad where he runs his
own guide service. He has been skiing since the age of two and started mountaineering when he
was fourteen. Simon visited Alaska for the first time in 2000 to climb Denali, and has made it a
priority to come back ever since. He has been a Swiss Ski Guide since 2003, and became a fully
certified UIAGM/IFMGA guide in 2007. Simon is also an integral part of the Swiss Alpine
Rescue service, specializing in helicopter rescue operations. 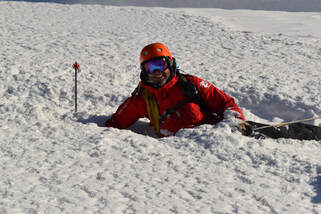 Seth Koch
Guide
Juneau, AK
Seth arrived in Glacier Bay National Park in Southeast Alaska for the summer of 1990 while studying outdoor
education at the University of Oregon.  Seth has been a professional ski guide since 1993
and has guided helicopter skiing in Southeast Alaska since 1997.  He has climbed and skied extensively in the region, both professionally and personally.  Seth is one of the most knowledgeable guides in Southeast, AK 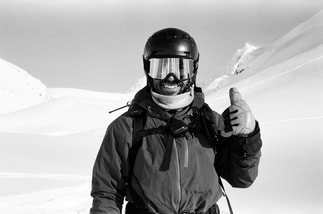 ​Lucas Merli
Guide
Juneau,AK
Lucas was born and raised in Southeast Alaska where he found his passion for adventure at an early age. Snowboarding soon became the forefront of that passion and remains the driving force in his life today. After his first Heli trip at age 13 as part of an avalanche education mentorship his gaze became fixated on riding the epic terrain that coastal Alaska has to offer. Guiding has since taken him all over Alaska and around the world in pursuit of those moments you can only find in the mountains. When there aren’t turns to be had in the mountains Lucas enjoys being on the water exploring and fishing.

Ian Havlick
Guide
Crested Butte, CO
Ian was born and raised in Colorado and has been playing in the mountains all his life.  While at The University of Utah, Ian captained the men’s NCAA Division 1 nordic ski team. Ian has been an internationally licensed IFMGA mountain guide since 2019.  In addition to guiding heli skiing for SEABA in Haines, AK, he has guided extensively around the western United States, Alaska, Mexico, Central Europe, Norway, and Iceland. Ian is an avalanche forecaster for the Crested Butte Avalanche Center since 2014.  In the offseason Ian bounces his daughter and son around the house and on the nearby trails in Crested Butte.